Feasibility study on the potential of community-based sponsorship in Finland 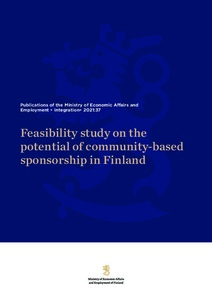 Publications of the Ministry of Economic Affairs and Employment 2021:37
This publication is copyrighted. You may download, display and print it for Your own personal use. Commercial use is prohibited.
Näytä kaikki kuvailutiedot

The report examines the development of community-sponsored integration in cooperation with the State, municipalities, organisations and civil society. The aim was to obtain information on how a community sponsorship model of integration would fit into the refugee resettlement programme in Finland. The respondents included municipalities receiving refugees, organisations, representatives of religious communities, researchers and individual volunteers.

A possible programme was positively received. In particular, the respondents hoped that the national programme would make it easier for refugees to settle in early, find social networks and plan their future realistically. Support for language learning and improved employment opportunities were also considered important.

The report proposes that a national coordinator be named for the programme whose task would be to ensure the programme meets its objectives, for example by training and supporting local operators. Meanwhile, a local coordinator would recruit community sponsors to be matched with the refugees and take responsibility for cooperation between the public sector and civil society.

If successful, a community-sponsored programme would support integration and prevent marginalisation. The programme could create permanent cooperation structures between authorities and civil society instead of cooperation based on individual projects.