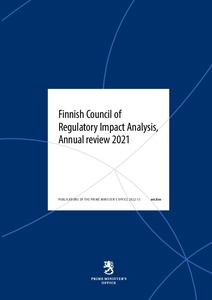 The Council found that the shortcomings in the government proposals were very similar in 2021 as in previous years. The Council paid most attention to the comprehensibility and clarity of the proposals, to the sufficiency of quantitative assessment and description of costs and benefits, and to the shortcomings in describing the need to amend an act and the current situation. In addition, the Council found room for improvement in areas such as describing alternative solutions, setting objectives and assessing risks and uncertainties.

In 2021, the government proposals assessed by the Council were of slightly weaker quality than in previous years. This was also reflected in the average of the standard appraisals included in the Council's statements.