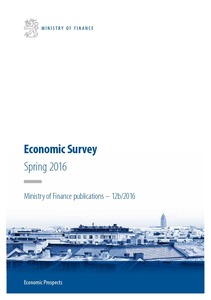 The Finnish economy posted GDP growth of 0.5% in 2015, after three years of recession. In early 2015 the main drivers of slow growth were exports and consumption, towards the end of the year the principal driver was investment. In 2016 the Finnish economy is expected to grow by 0.9% from last year.