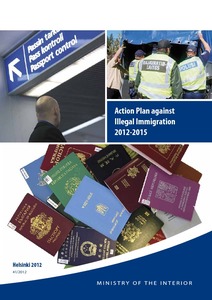 Illegal immigration into the European Union has continued apace and involves, to an increasing degree, international organised crime such as the smuggling of and trafficking in human beings. The European Union’s border security agency Frontex recorded nearly 141,000 illegal border crossings in the EU in 2011, equal to an increase of 35 % on the year.